I’ve been working in IT for 8 years. I worked on websites and applications of all kinds and sizes - starting with small web pages for family businesses, and ending with big billing systems for one of the largest telecommunication firms on market. I have experience and knowledge in every step of making software, from designing, through implementation, usability tests and ending in quality assurance.

What do I offer?

If you need someone who will help you implement your project from concept phase, through designing and implementing all the way to the launch - contact me! I can help and make:

I evaluate each project individually, depending on its complexity and the scope of my work. Got any questions or proposals? Feel free to contact me! 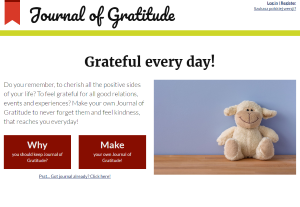 This is a web application to create your own Journal of Gratitude. Users register and after activation they can add entries to it. In addition to that, it sends reminders to them. 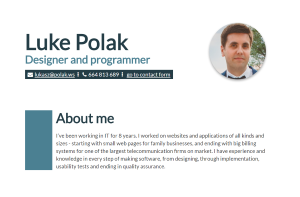 A personal page about my skills and experience. Made as simple and clear as possible, so you can easily find the most important information about me. 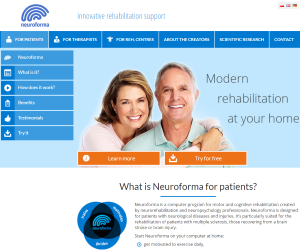 A website for different versions of Neuroforma application. I was responsible for coding template and different microinteractions on website. I've also made some small adjustments needed in the graphical project. 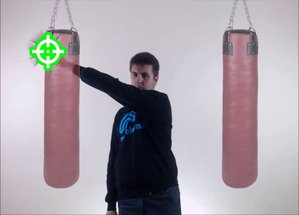 Neuforoma is an application for physical and cognitive exercises. For the first two years I worked as a designer/product owner, and for the last year I returned to programming. Some of the bigger tasks that I've done during that time were adding balance board as an additional interface in Neuroforma and using it to make a balance exercises module.

A library enabled the creation of virtual objects/areas on webcam image, and then interaction with them by movement. Heavily modified and updated version of this library is used in Neuroforma application.

Sample applications enabled you to use web browser using this technology, to try on clothes in a virtual fitting room, to learn english by using arms movements to choose correct images shown on screen and more.

Postgraduate studies at University of Social Sciences and Humanities

Full-time studies at University of Warsaw

Continuing my work as programmer and designer, but in my own company.

I worked on few small projects as designer and programmer. Doing projects in Axure and Photoshop and then implementing them using HTML, SCSS, JS and PHP, using Grav, Symfony and VueJS

I worked on Neuroforma program. I’ve had a large scope of responsibility, from planning new functionalities implementation, through their design, ending on usability testing. I’ve also programmed new Neuroforma website and some new features of this program. I’ve used HTML, SASS, CoffeeScript and Python, using Django framework and jQuery library.

Work in Quality Assurance team. Started as a tester, after that, I was responsible for work of an external testing team. Worked on a billing system for the large telecommunication company.

I was responsible for technical part of the company. In the beginning, I was making websites, using original CMS, written in PHP. Later, I made technology, which analyzed webcam image and made it possible for a user to interact with items displayed on a screen, using his mirror image (it was used as the basis for Neuroforma program, currently developed by Titanis). I used Python language to do it, with OpenCV library for image processing and PyQT library for User Interface.